Let me tell you a bit about Sebastian...

Born in Santa Fe, Argentina. Elder of three, followed by a brother and a younger sister. He has been the terror of almost every home appliance while "learning how they work, mummy!".

Always looking for an opportunity to learn and create! I look forward to getting opportunities to make an impact on society, through innovation and real social work.

Working on the dream of having "creating and innovating" as a job description.

Since October 2015, Sebastian has been working as Field Engineer in Schlumberger, an oilfield services company. Since joining, work has taken him to Ecuador for almost a year and a half, to Abu Dhabi (United Arab Emirates) for 6 months, to Colombia, and for regular business and training visits around the world.

Being a field engineer sometimes means going from rig to rig performing jobs, some other times it means staying at a rigsite for 3 to 6 weeks on hitch, and sometimes it means going to the base and do some office or maintenance work. That means the job provides the opportunity to know many aspects of the business, different workflows, different peculiarities of each function within the organization. In addition to that, working in several countries and totally different cultures gives the chance to understand how relationships and processes differ with the different backgrounds and cultures, and more important, to learn the best practices of each place and take those strengths to other locations. 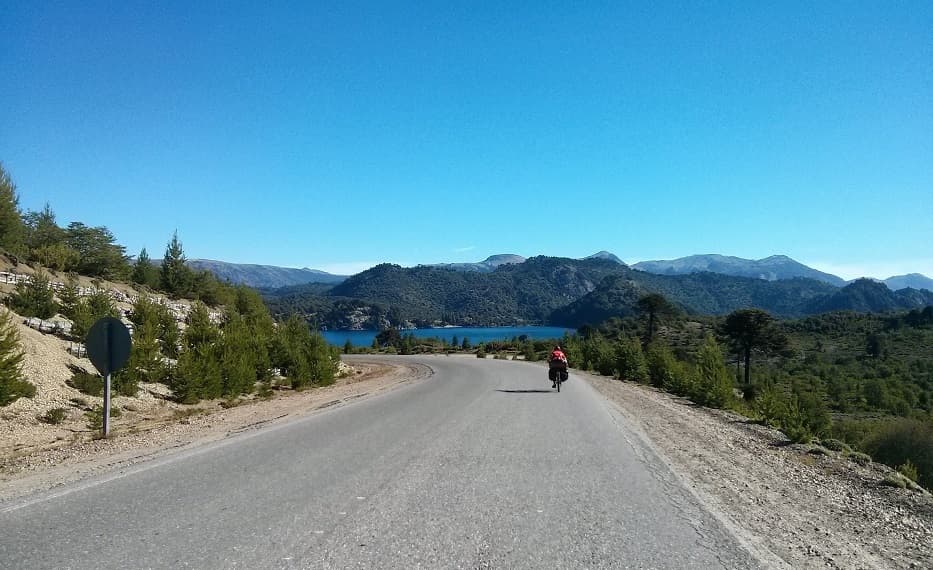 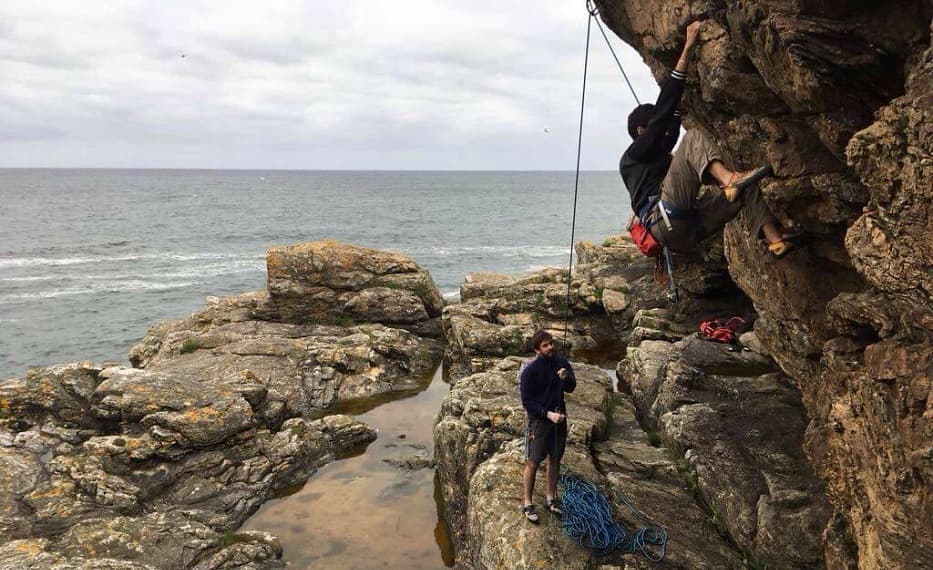 Quite a nature-lover, and he appreciates climbingevery now and then... 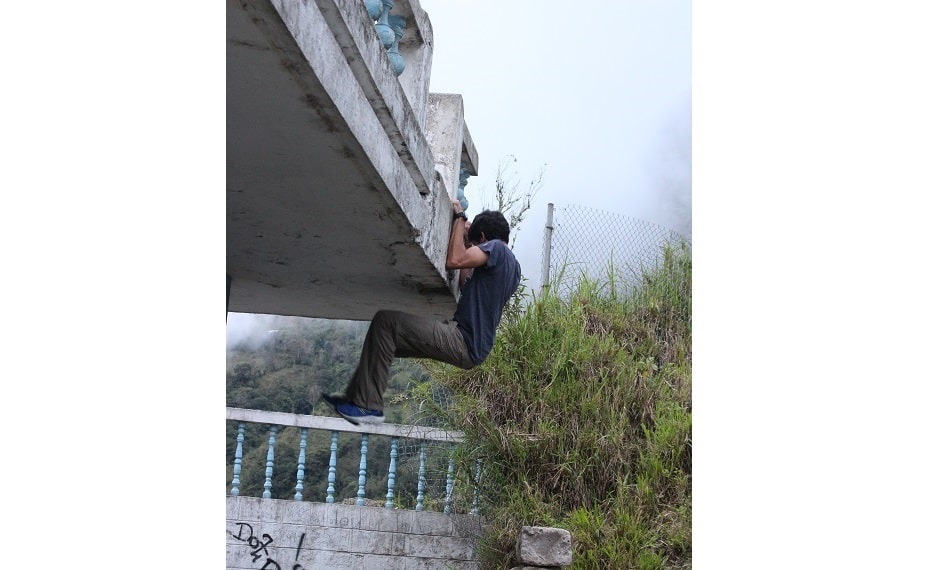 ...Some times in quite'unconventional' ways 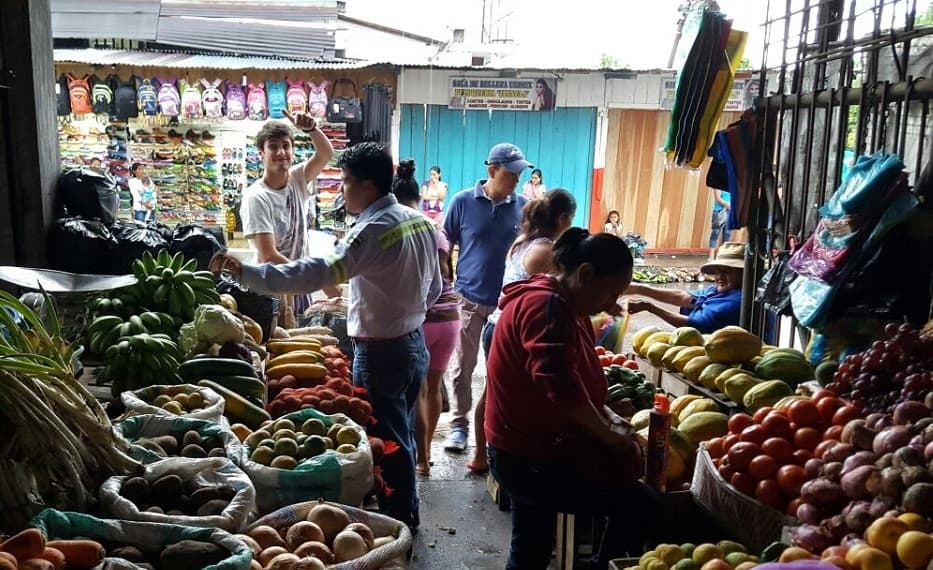 He loves visiting new and different places, always to learn a long lasting lesson! He gets to travel quite a bit for work... 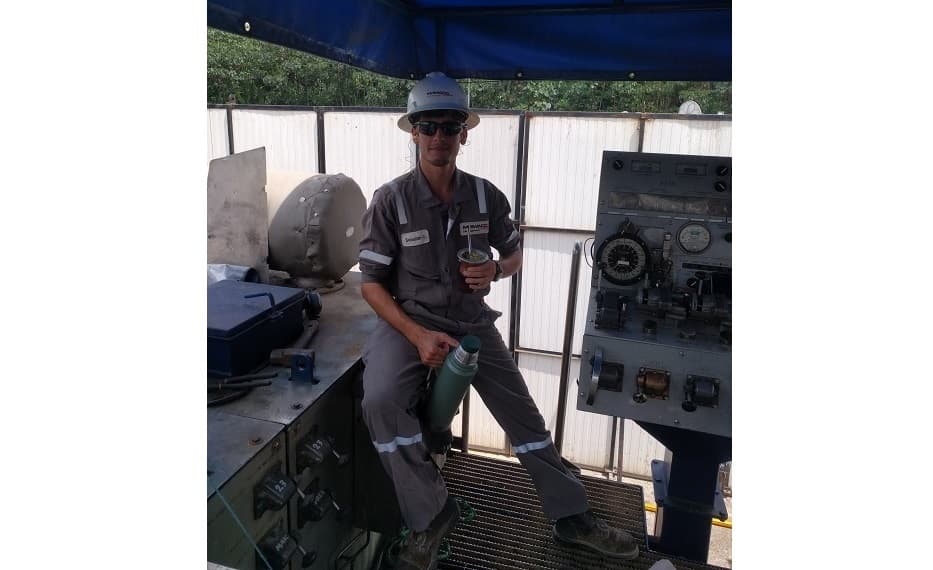 Despite explaining what 'work' isto family and friends mightsometimes become a challenge... 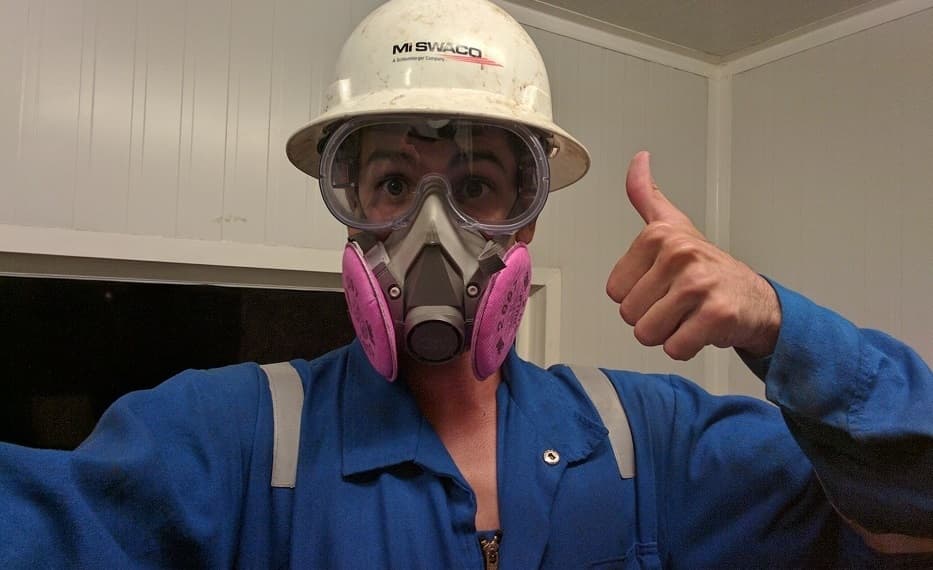 ...He always enjoys and makes the most of it... 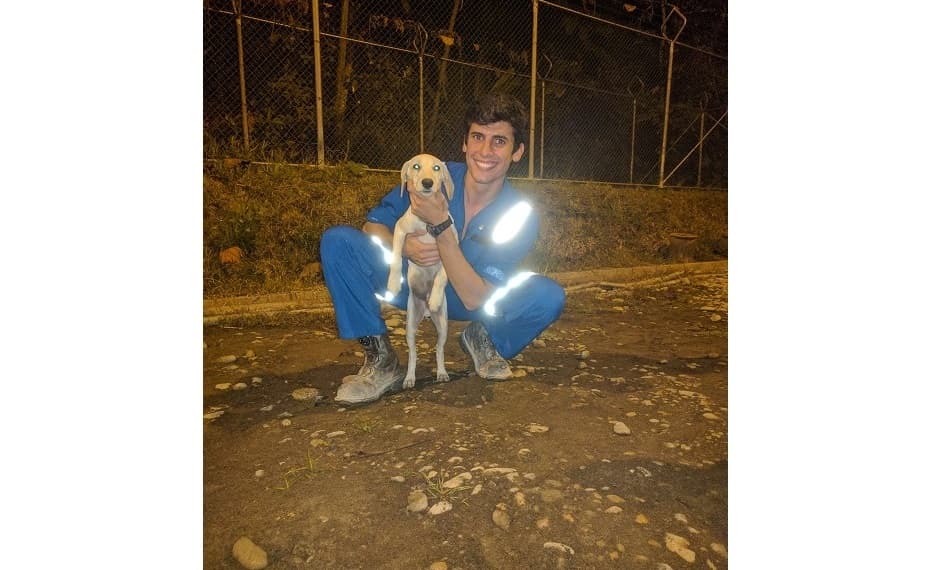 ...And he knows every new place hasnew wonderful friends to meet! 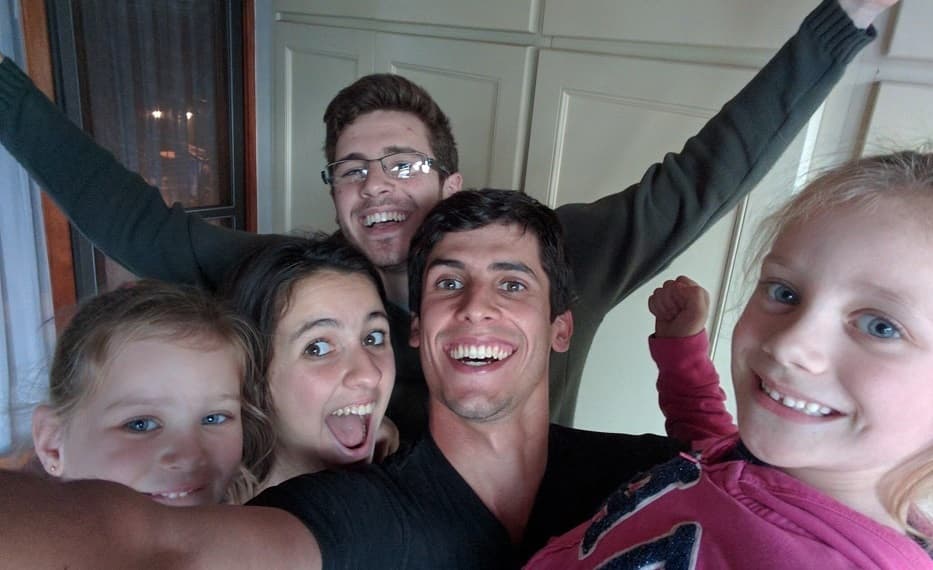 And when they come, days off are alwaysfull of visiting, eating, laughing... 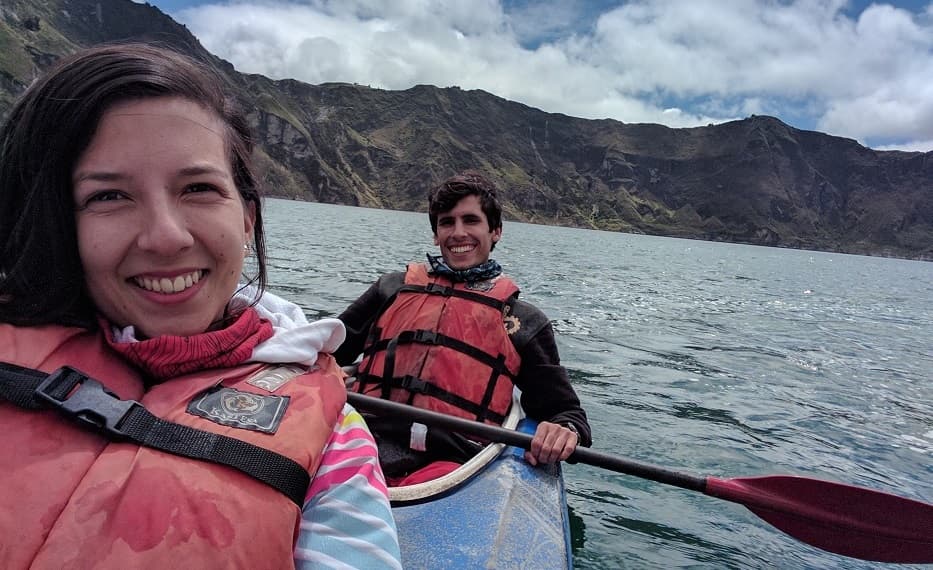 ...And more traveling and adventures, with all of the dearest people!

Projects (because life is too short to live without milestones!

Modern technology has given us the opportunity to enhance our life quality in every way imaginable. One of them, is knowing the risk of congenital diseases based solely on the analysis of our DNA and its possible mutations.

Determining the confirmation of a particular mutation in a sample is a time-consuming activity that requires various tests. With some historical data gathered from several mutation confirmation tests performed in the past, a piece of software was built to predict the outcome of future confirmation tests.

The software helped to identify clear positive and negative potential tests, and also pinpoint those samples with unclear outcome so efforts could be better oriented and therefore optimizing time and results.

Optimization of the feeding system at a pig farm

The objective of this project was to design a pig food distribution system that eliminates the various problems associated with the traditional tractor distribution option. This design had to be generic, economic, and adaptable enough to be easily adopted by any pig farm. This will enable small-scale farmers to increase the productivity and reliability of their feeding system with minimum initial investment.

After several distribution methods were analysed and compared, the most flexible, robust, and economically viable option was designed. The implementation plan was tailored for the specific location, layout and economic considerations for the particular company subject of study.

The project was carried out in a pig farm in Entre Rios, Argentina, as part of the master thesis for Industrial Engineering. 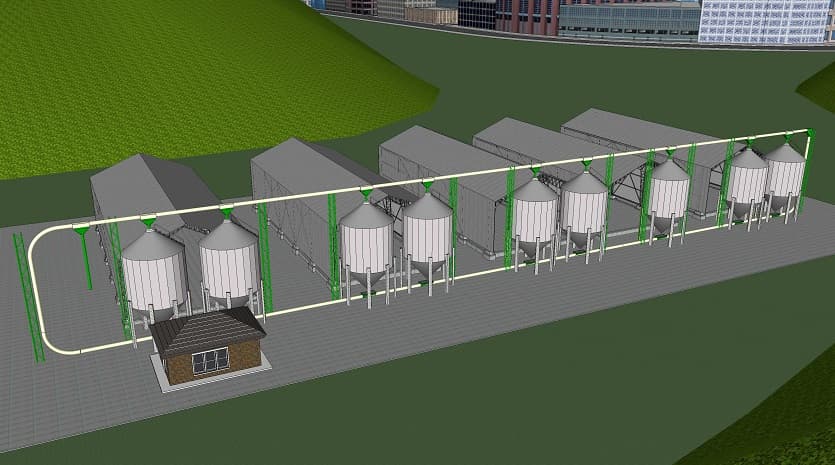 Preparation and exposition of a four-week seminar on micro-controllers' characteristics and basic programming, applied to a science fair project for high school students in Rosario, Argentina.

The high school students had no previous experience with electronics or micro-controller programming. They could build their basic knowledge from the very basics until they were able to program their science fair project: synchronized traffic lights on a scale model. 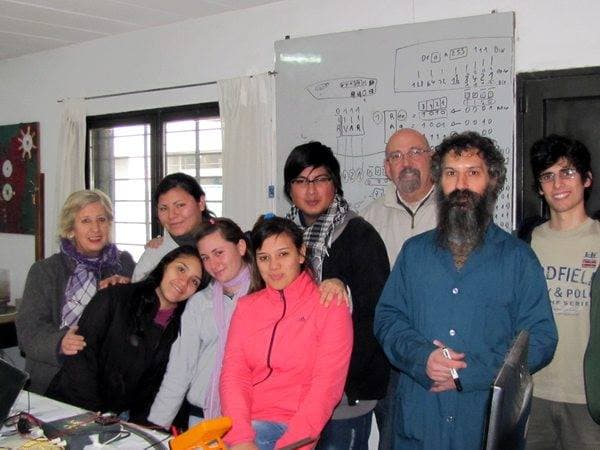 Part of the programming team! 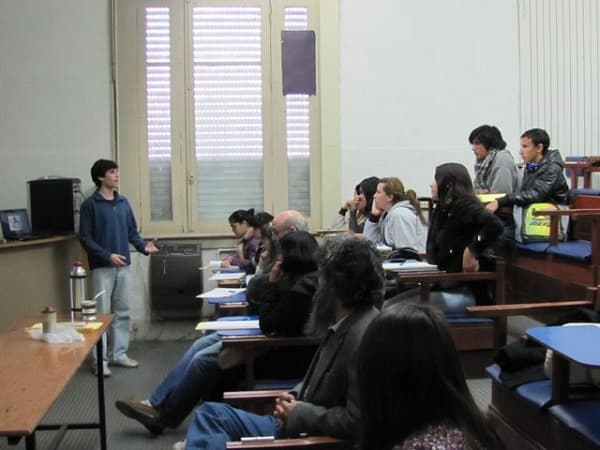 Learning the basics of the theory behind micro-controllers 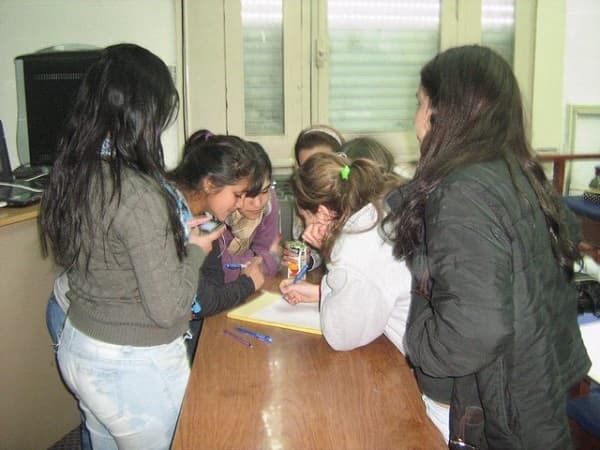 The team getting to experiment with the micro-controller for the first time! 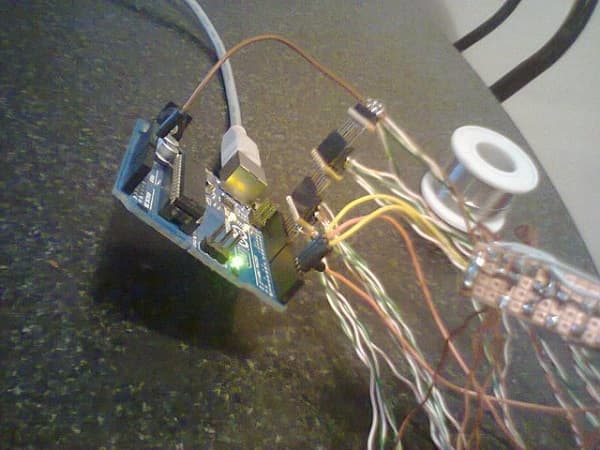 Last prototype! Using Arduino for the traffic-light sequencing(the Arduino didn't have enough outputs so we had to use some multiplexing!) 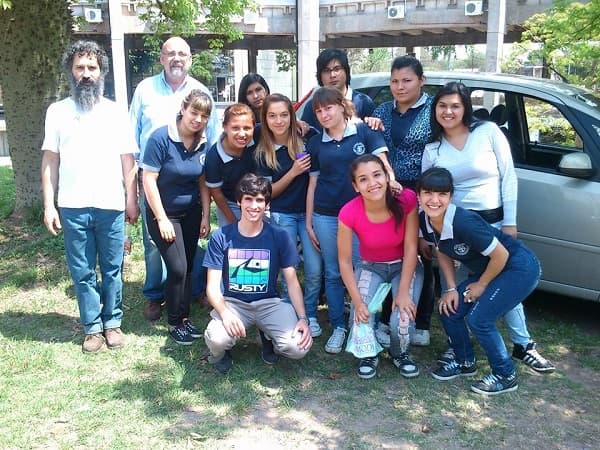 End of seminar picture with the team. Happy with our working scale model!

As many of our senior citizens, a great friend of mine had lost his hearing to an advanced level. But unfortunately, hearing aids are an expense that only some can afford.

A simple and economical solution came to mind, and my friend ended up with his precious gift: a hand-made hearing aid device, disguised in the body of a music player! 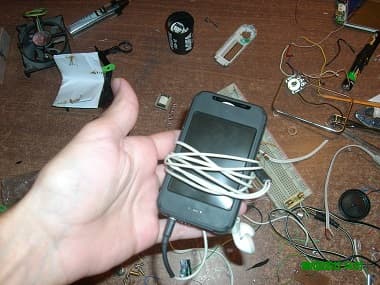 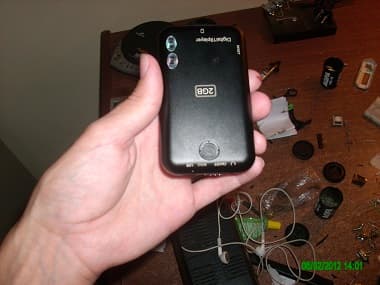 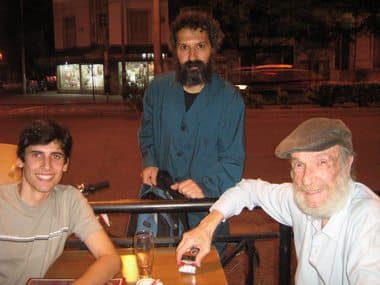 Always looking forward to some conversation!